MIA Accreditation | 6.5 hours Core in terms of the Accountancy Board CPE scheme.

As the tax landscape rapidly shifts, evolving dynamically, Malta gears up for significant upcoming changes in the field of income tax. This session will provide an overview of the recent developments in the field of Malta income taxation and the challenges or opportunities that result therefrom.

The session shall address the highlights of the Budget Speech 2023 with particular focus on the tax aspects.

Tax evasion and other tax crimes are closely linked to the separate crime of Money Laundering. Over the years, there has been a greater emphasis of these crimes and their correlation.  Dr Rakele Cini will be delivering a session on the link between these two crimes and certain recent regulatory changes that have been put into effect.  In the second part of the presentation, Dr. Sarah Rausi shall tackle the topic from a taxation angle with a specific focus on red flags and typologies.

The session will discuss recent and upcoming changes to the VAT and related legislation, both on a local and EU level, including background information and explanation of other provisions which are connected to the said proposals and changes for a better understanding of the implications emerging from such changes. The session will also cover an overview of EU VAT Developments currently taking place together with those anticipated in the near future.

The session will provide a background of the salient VAT changes expected to come into effect in the next few years namely:

09:45 | Developments in the field of automatic exchange of information (DAC6, DAC7 and DAC8)

This session is aimed at providing attendees with an introduction to the latest developments in the field of automatic exchange of information in tax matters by addressing the fundamental features of the latest amendments to the Directive on Administrative Cooperation, including:

The seminar will discuss important tax judgments delivered in the course of 2022.

Dr Melanie Ciappara qualified as a lawyer from the University of Malta and further pursued her studies in international taxation at Leiden University, the Netherlands, where she obtained an Adv. LLM in International Taxation.

Melanie has over ten years of experience, both in Malta and abroad, where she specialised in providing a variety of services to corporate and private clients, ranging from international tax advisory to tax compliance services.

She is a manager within the tax practice at RSM.

Dr Rakele Cini is an independent legal consultant with many years of experience in AML/CFT, regulatory and compliance advisory. She primarily advises local & international firms / practitioners operating within the regulated industries on matters relating to the prevention of money laundering & funding of terrorism, due diligence, risk management, good governance, and other compliance areas. She is invited to lecture regularly by private institutions and regulatory bodies on these topics. She was previously head of Risk & Compliance at BDO Malta and, prior to that, formed part of the practice protection group at Deloitte Malta for numerous years. Rakele is an active member of the PMLFT sub-committee at the Malta Institute of Accountants and the Institute of Financial Services Practitioners.

Dr. Sarah J Rausi graduated as Doctor of Laws from the Faculty of Laws, University of Malta in 2009. Admitted to the bar in 2010, she has practised in various areas and received exposure to diverse sectors of the law. She has successfully completed all study-units for the Masters in Financial Services and has also obtained the Malta Institute of Taxation Diploma in Taxation. For ten years in employment with one of Malta’s largest law firms, her main area of practice was tax law and other related matters including corporate tax, indirect tax, personal tax, international tax planning and tax litigation. Dr. Rausi is currently an Anti-Tax Evasion Senior Analyst within a major local bank’s Anti Financial Crime Department. She has written a number of articles on the direct and indirect taxation topics which have been published in international journals as well as local journals and newspapers. In the professional field she is subscribed as a member with the Malta Chamber of Advocates, the Malta Institute of Taxation and the Institute of Financial Services Practitioners.

Saviour Bezzina is the manager responsible for indirect tax matters at the EY Malta office and forms part of EY’s Global Indirect Tax Network as a local knowledge contact.  He joined EY in July 2006 after obtaining the Bachelor of Accountancy (Hons.) from the University of Malta.

He is a member of the Malta Institute of Accountants, holds a Diploma in VAT compliance and lectures regularly on VAT and indirect tax matters. Saviour was awarded the 2007 MIA prize as the best student who graduated in the Bachelor of Accountancy (Hons) Degree Course Group 2004/2006. 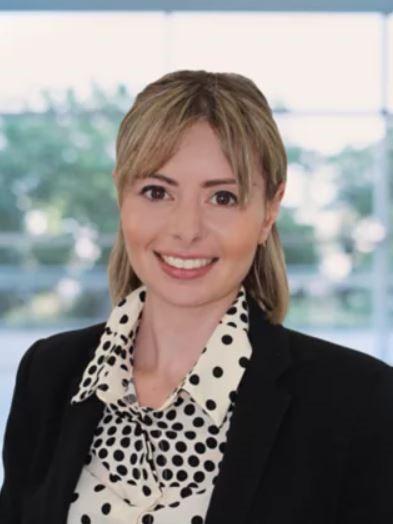 Louise Grima is a Manager at KPMG Malta. She joined KPMG in 2015 after graduating with a Master in Accountancy from the University of Malta and has since worked in direct and indirect tax compliance and advisory projects servicing clients in a number of industries including financial services, insurance, gambling and international trade. Louise was awarded the 2015 MIA Best Student of the Year prize for Master in Accountancy Group 2013/2015, holds a Diploma in VAT compliance. Louise has also successfully completed the Advanced Diploma in International Taxation with an overall distinction. Louise is a member of the Malta Institute of Accountants (MIA), is an ACCA lecturer at KPMG Academy, and regularly delivers courses and seminars relating to VAT. Louise is a member of the MIA Indirect Tax committee.

Dr Robert Attard is Partner and Tax Policy Leader, EY, Central & South East Europe, a tenured senior lecturer at the University of Malta, a fellow of GREIT and member of the European Association of Tax Law Professors. In the IBFD’s 2015-2017 General Report on the Protection of Taxpayers’ Rights he was described as a well-known authority broadly experienced in the practical protection of taxpayers’ rights and a prominent member of the legal practice. Having served as a panellist at the 2015 IFA Congress he forms part of a study group of the International Law Association on the “Protection of Taxpayers’ Rights” (co-chaired by Advocate General Juliane Kokott and Pasquale Pistone) and is also a member of the Supervisory Council of the IBFD/IFA’s  “Observatory on the Protection of Taxpayers’ Rights”. He has served as Visiting Professor at the University of Ferrara paying lecturing/speaking visits at Queen Mary (University of London), CTL (University of Cambridge), Salerno (with Wirtshaftsuniversitat Wien and Naples II) and the University of Palermo. The Maltese Court of Appeal has described him as a leading commentator on tax law referring to his publications in its judgements. Robert developed a detailed knowledge of tax aspects of the European Convention on Human Rights drafting submissions in cases filed against France, the Netherlands, Bulgaria and Malta. Robert is a published author on tax law publishing articles in European Taxation, EC Tax Review and the British Tax Review. He has contributed to several publications including a book published by Hart Publishing, 3 books published by the IBFD and several books published by the MIM. Robert’s most recent tax publication is Principles of Maltese Income Tax Law 2013.  Robert’s books have anticipated important changes to our tax policy system. Philip Sciberras (ex-Court of Appeal) describes Principles of Maltese Income Tax Law as ‘a must-read’ describing Robert as ‘an expert in his field, … without doubt one of Malta’s finest scholars on tax law’.  Giovanni Bonello (ex-ECtHR) says that the book is ‘not just an arid explanation of the intricate and sometimes opaque provisions of taxation law, but an attempt – and a very successful one – to place fiscal law in the context of superior principles of governance … Attard’s systematic vademecum has the makings of a textbook destined to become a classic, crucial for tax consultants, practitioners and, not least, for the victims of aggressive fiscal policies’.  Philip Baker remarks that ‘Single-handedly, Robert is generating the literature which explains the structure and nuances of the system in Malta. One wishes other countries had similar authors who could write similarly enticing books to explain their tax codes.” Robert has argued most of Malta’s leading tax cases including landmark judgments John Geranzi v. PM (right to justice within a reasonable time), Zahra v. PM (non bis in idem), Farrugia v. PM (taxation as a violation of the right to property) and Case 160 of 2012 (tax transparency).

Events resources will be sent by email after the delivery of the event.